Fox in the Henhouse: Obama’s Undermining of US Defenses Escalates

Barack Obama’s defense policies appear to be the most foolish, irresponsible, and negligent in modern American history.  This president is cutting our defenses to the bone, and he knows it.  Not satisfied with wreaking havoc with our conventional forces, he’s now examining the elimination of our strategic nuclear arsenal to as few as three hundred warheads.  That’s fewer than China, and many fewer than Russia.  If the United States gives up this deterrence to attack, we are effectively naked to such designs as other nations may have on our country.  Three hundred nuclear warheads?  While it sounds like tremendous destructive capacity, and it is, it does not offer the sort of strategic deterrent that our current nuclear arsenal comprises, and against a nuclear giant like Russia, it’s wholly insufficient to prohibit them from nuclear blackmail or outright nuclear attack if the relationship with them sours further.  This policy proposal is a national suicide pact, and Barack Obama knows it.  Let it be stated forthrightly: He is destroying the United States.

We are already at our lowest levels in decades, and the problem is that while most of us think of nuclear weapons and warfare in a global apocalyptic vision, the facts are much different.  A nuclear warhead in the range of one megaton is a terribly destructive device, but it is enough to wipe out one large city.  Across the vastness of the Russia, or China, it is a small impact.  More, since priority targets are generally opposing nuclear weapons sites, it is impossible to cover all targets even at our current level if it came to that.  I am not here making light of nuclear weaponry, except to say that such diminished levels as three hundred warheads means we would then have a force insufficient to deter a nuclear-armed Iran, if they can be deterred at all.  From the article linked above:

John Bolton, former U.N. ambassador and undersecretary of state for international security during the George W. Bush administration, said in an interview that the administration’s plan to cut nuclear force to as low as 300 “alone is sufficient to vote against Obama in November.”

“Congress should urgently adopt a resolution rejecting the idea that any of these levels is consistent with American national security,” Bolton said. “Let’s just see who is prepared to support Obama.”

This is only the start. Retired Air Force Lt. Gen. Thomas McInerney went even further:

“No sane military leader would condone 300 to 400 warheads for an effective nuclear deterrent strategy,” McInerney told the Washington Free Beacon.

“Going down to 1000 to 1,100 is risky enough and frankly in today’s world, very risky. The purpose of our nuclear force structure is to deter any adversary from even thinking that they could minimize our attack options. Such thinking is very dangerous and will only encourage our adversaries to make bold decisions.”

This is an intentional attack on our strategic defense infrastructure, and President Obama must be held accountable even for suggesting it.  I am much beyond the polite discussions of policy in bureaucratic terminology here.  These cuts are a disaster that may ultimately cost millions upon millions of Americans their lives, never mind the future of the Republic itself, as a viable political body.  The fox is in the hen-house, and many Americans still see him as an off-kilter hen.  Let us not pretend that Barack Obama is here exercising the best interests of the United States, or the oath of his office to defend and protect the constitution.  Recent actions by this president demonstrate he has no love of our constitutional system, and this is an egregious abandonment of his duties as commander in chief. Also from the article:

Kenneth deGraffenreid, a former Reagan administration National Security Council official, said in an interview that the plans for sharp nuclear cuts are “part of the administration’s purposeful decline of American military power.”(emphasis added)

Some people wonder why I become frustrated as they watch their football games, or their reality TV shows, but otherwise check out on the whole question of our nation’s affairs.  Ladies and gentlemen, this cannot be permitted, and John Boehner had better get off of his whining duff, and step up to the plate.  Mitch McConnell had better be all over the TV, and he’d better stop using weasel-words, if he remembers how to speak plainly any longer, because our nation is under attack from within.  It’s time we stop mincing words to disguise this fact from our people and from ourselves.  President Obama is no friend to this country, never mind its allies, and this strategic proposal for what is essentially unilateral nuclear disarmament makes of our nation a sitting duck.  This is not simple incompetence.  This is not mistaken thinking.  This is not a case of good intentions leading to unintended consequences.  This is a monstrous betrayal of the American people by a leftist ideologue who hates the country he is sworn to lead, defend, and protect.

13 thoughts on “Fox in the Henhouse: Obama’s Undermining of US Defenses Escalates” 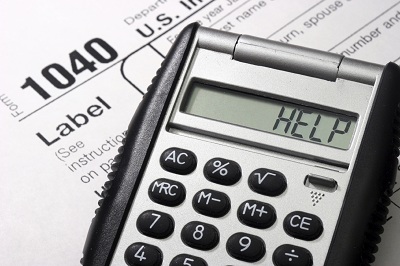 Do We Really Need Tax Deductions For…

Mustaches?  Like many distinguished Americans, I have one.  John Stossel wears a mustache.  Of course, then again, there’s that Gerald...

The War on America

it is a war on everything we love....

I Don’t Believe Conservatives Are Finished Just Yet…

While tending to things in the aftermath of my father-in-law’s passing, word came to me that Rick Santorum had dropped...