If you’re not familiar with Tammy Bruce, I would like to urge you to check out her show.  I listen to Tammy Bruce almost daily, as time permits, although it’s generally while I’m at work, and I’m in and out of the office, get pulled away for meetings and problems, and all the usual things that prevail upon my daily schedule.  Hers is an entertaining and informative show, and most days, I will listen to the opening hour of Rush Limbaugh, and follow that with the two hours of Bruce’s show.  It’s an interesting contrast in style and presentation, but each has their own merits above and beyond the superficial differences.  Tammy is a good deal more serious, although cheerfully so.  She’s a former liberal who woke up to the direction in which the left was steering the country, and since then, she’s been what she calls an “independent conservative,” because she owes no allegiance to party.  She’s also the author of  The Death of Right and Wrong: Exposing the Left’s Assault on Our Culture and Values,” a serious examination of how the left has debased our culture by design and intention.

Her independence also defines another distinction between her show and many others in conservative radio:  Hers is a commercial-free show that thrives on the power of subscribers, known as TAMs, or “Tammy Army Members.”  She frequently points to this as leaving her free of “Gestapos” of the sort Limbaugh is now facing in the latest controversy involving Sandra Fluke:  Advertisers who pull the plug on a host when things get too hot in the kitchen.  This helps make Bruce the leading edge of a new wave of new media that waits for none, and takes no prisoners, because she doesn’t need to do so.  She answers to her conscience alone.

I’ve been a TAM for roughly half a year now, and it’s the best investment I’ve made in some time, and while I don’t always agree with Bruce on every issue, I do respect her delivery and her passion.  She’s the beating heart exemplifying new media, and she’s part of what traditional media both deplores and fears: An independent voice that has a direct relationship with her consumers, skipping the middle-men.  From 1p-3p eastern/10a-Noon Pacific, Bruce offers up a seldom-restrained run-down on the day’s events, and if you’re a subscriber, you get a bonus with a recorded Daily TAM Briefing she posts each night, and usually a weekend update too.  The community of her listeners get together in two venues: One is a chat that is available via her website that is open from just before the live show until just after its conclusion, and the other is via the Twitter hashtag: #tbrs.   Like most talkshows, there is a core of supporters, but hers are able to avail themselves of the chat during the live show, and they enjoy an uproariously good time commenting on Tammy’s broadcast in real time, or occasionally schmoozing with other celebrities who pop in on occasion, like Jedediah Bila.

I had the good fortune to meet Tammy at meet-up she held last September 3rd, in Des Moines, the evening after the Tea Party rally at which Governor Sarah Palin had delivered the keynote address.  Tammy gave a frank talk to the TAMs present about the ongoing campaign, and what it would take to overwhelm the left in 2012.  She was precise and her thoughts were well-organized, and she was gracious as can be to all in attendance.  I was pleasantly surprised at how thoroughly engaging and down-to-Earth she was, and that she wasn’t smitten with herself like so many celebrities seem to be.  Instead, she made rounds of all the tables, and engaged the people assembled, and sincerely answered questions, making it abundantly clear that unlike some in radio, whatever Bruce says, you can bet she believes it.

As for her radio show, I find it to be quite entertaining, and besides, who doesn’t love it when Tammy blows her stack over the latest leftist outrage?  She gives voice to the frustrations conservatives feel in the face of a monolithic mainstream media that is in league with the left.   The nice thing about her show is that because of the format, she’s able to speak frankly and without commercial interruptions when she gets on a roll.  Naturally, one of her favorite targets is Barack Obama, who has several nicknames on the show, including “Furkel” (an development of his earlier label as plain “Urkel,” with an “F” prefixed in order to convey “F-Urkel,”) along with the ever-popular DB,(or Dumb Bastard.)  The show is available via TalkStreamLive.com, and they now have an iPhone app, so you can listen there too, but the best part is even if you miss it live, even non-subscribers get access to her daily public show podcast.

What I find most valuable about Tammy’s show is the perspective of a former leftist, a woman who knows how the left operates, and easily recognizes their latest game-plans usually well in advance of the rest of conservative talk radio.  This distinction makes Tammy Bruce unique in talk radio, because she’s able to cut through the superficial nonsense and directly to the meat of most issues.  This makes her insight doubly refreshing, because in so many cases, she is able to see the heart of a matter with a clarity most cannot.  She knows how the left works, and she knows how the left is able to manipulate or collude with media in pushing their agenda, because not so very long ago, she was among their number.

She doesn’t like the Republican establishment for most of the same reasons she can’t stand the institutional left: She knows the fraud at the root of their agenda.  When I need a boost in the middle of a long day, Tammy Bruce is there to offer her audience wisdom, but also a good kick in the seat, exhorting them not to wallow in self-pity or doubt.  If you want to hear what an independent conservative with a passion for her country sounds like, you need go no further than Tammy Bruce.  Hers is a talkshow with a refreshing difference that is really quite addicting, and if you become a TAM, and join in the lively discussions, you’ll soon find that the crowd she attracts is of a similar mindset.  I translate it into the impression I first got when I heard Tammy’s blunt, incisive commentary, bold and rebellious with the fervor of a warrior:  “You’re not the boss of me!”

Tammy is the first woman I’ve ever heard in radio who espouses a belligerent rejection of authority that warns those who would tell her how to live where to get off.  That’s an endearing quality in my book, in this world of obnoxious, overreaching bureaucrats who wish to tell us whether we can have salt on our fries, or how many gallons our toilet-tanks may dispense per flush.  Her direct words to the would-be tyrants?  “Screw you!”

Damned straight.  Check out her show, and you’ll quickly become addicted too.

Indianola, IA – The Tea Party of America’s Restoring America event has just been drawing a growing crowd. Given the... 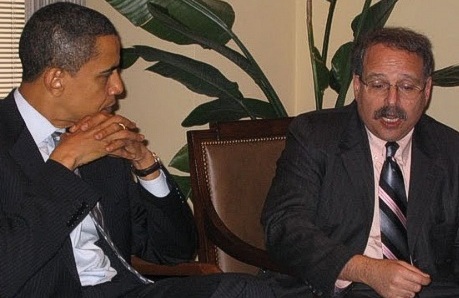 Alan Dershowitz, the liberal Democrat and law professor at Harvard University has a good reason to think that Media Matters...

Some Unsolicited Advice for @POTUS: No Deal!