Obama Supporters All About the Freebies

If you want to know the sort of America President Barack Obama is building, check out this video.  This woman appeared among a number of protesters at a Romney event outside Cleveland, Ohio, on Wednesday.  Ladies and gentlemen, viewing this video, it is hard to understand why Republicans in Congress have refused to put a stop to some of the hand-outs, and what this woman is contending is true: There are government subsidized phones, but in truth, this actually goes all the way back to Bill Clinton, and was continued under George Bush. Still, this woman believes it is an “Obama-phone” and quite obviously, it is one more reason she supports Barack Obama.  I wonder how she would feel if she were informed that this could also be called a “Bush-Phone?”

For Mitt Romney to win the presidency, this is the mindset he will need to defeat, but sadly, it’s growing and spreading like a cancer across this nation.  Can anybody defeat this? Have we passed the tipping point whereby people who share this woman’s mindset will simply vote to install one dictatorial monster after another into the White House?

Time will tell, but if you want to know how the country is being destroyed, start with this video.

Our founding fathers must be turning in their graves.

7 thoughts on “Obama Supporters All About the Freebies”

This new SarahPAC Video is excellent.  It’s no wonder that so many Americans wish Sarah Palin would have sought the... 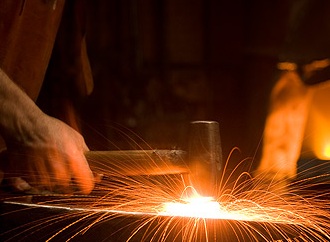 Hammering out the Kinks: The Commenting System

I’ve had to re-evaluate the whole IntenseDebate commenting system.  There were a number of problems with it.  It took me...

Religion, Obama, and Your Liberties

To watch television and listen to the arguments of leftists is to punish your mind.  I have heard and watched...