When All Else Fails, Lie

Conservatives and Republicans along with Romney-supporting independents should steel themselves for the media barrage now in motion.   If you’re like me, you’ll have noticed that not only are they spiking the story on Benghazi, but they’re also running away from the fact that FEMA relief efforts in the Northeast aren’t going so well as the coward-in-chief had promised.  In the run-up to the election, the American people are beginning to notice that the facts don’t match the media meme, and the media is becoming increasingly desperate in their relating(not reporting) of positive spin for Obama. As election day approaches, the biased mainstream media is pulling out all the stops for their candidate. Americans mustn’t permit their campaign of lies to succeed.

Now, having had Obama make a remark on the campaign trail stating that “voting is the best revenge,” one mainstream media outlet has turned to outright lying in order to try to sabotage Romney.  Reuters actually ran the following headline on Saturday:

As Campaign Roars to Close, Romney and Obama Talk “Revenge”

This is pretty desperate, and it’s not merely a matter of biased headline writing.  It’s a lie.  The only context in which Romney was discussing “revenge” was to quote Obama’s remark and comment on it.  This fact is buried in the story, but the headline is constructed to leave you with the impression that Romney brought it up, and that both candidates are moral equals in the matter.  There’s really no other explanation for the name order in the headline.  “Obama” is alphabetically ahead of “Romney,” and chronologically, Obama brought it up.

Of course, it’s going to get much worse as the campaign draws to a close. The mission of the mainstream media is to cover up all negative news about Obama, pounce on Romney for anything they can paint as a misstep, and outright lie about the state of the campaigns.  All of this has one basic purpose: Swing the election for Obama.  There are two things they hope to do, and these are to depress Romney supporters in order to get them to stand down, and to bolster Obama supporters by getting them to show up.  Don’t fall for it.  No matter what the mainstream media says on the Sunday shows, and no matter how many fake polls they thrust in your face, the truth is that you control the outcome of this election.

All day tomorrow, and all day Monday, they will be searching for some salable meme with which to slap Mitt Romney or prop up Barack Obama.  It’s close, but it’s not as close as they need in order to have cover.  You see, for weeks, they’ve been telling you it’s neck-and-neck or Obama up by two or three.  None of it matters, because it’s all nonsense.  What matters is their blessed “reputation,” or “credibility,” either of which they have little to note.

Let’s put this another way: If you swell to the polls in support of Mitt Romney as I suspect will be the case, the mainstream media is going to be tarnished in a big way. They’re going to look like idiots.  They’re going to be revealed as liars and con-artists, and they will immediately turn to the task of resurrecting their supposed “credibility” by coming up with explanations for how they “missed it.”  Of course, if they can turn you off, and get you to stand down, they won’t need to do so even if Romney wins in a squeaker, because they will be calling this a dead heat from here to the end.  Naturally, if Romney wins by larger margins, “Lucy, you’ve got some ‘splainin’ to do.” They just as soon avoid that debacle, so at this point, they are willing to lie in order to trim that margin a little if they can.

Don’t fall for it.  On Tuesday, you go out and do as you were going to do, and take your friends and neighbors along.  Make an event of it.  These lying, miserable bastards need to be taken down a peg, and this is your chance to do it.

Even if Mitt Romney isn’t the candidate you would have picked, I suspect that like me, you want to see the mainstream media eat crow. That will be our best revenge. Well, that and watching Mooch cart her bags to the waiting limo. Don’t worry Michelle, it’s just like going on vacation… only better.

I’ll never have been prouder of my country. Lately.

3 thoughts on “When All Else Fails, Lie” 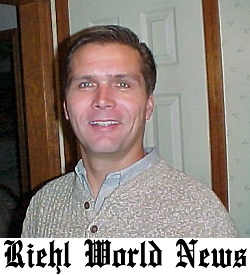 Dan Riehl Fighting for Life – Update: Out of ICU!

Conservative blogger Dan Riehl is in the ICU at the Fairfax County Hospital. This is terribly sad news, as by... 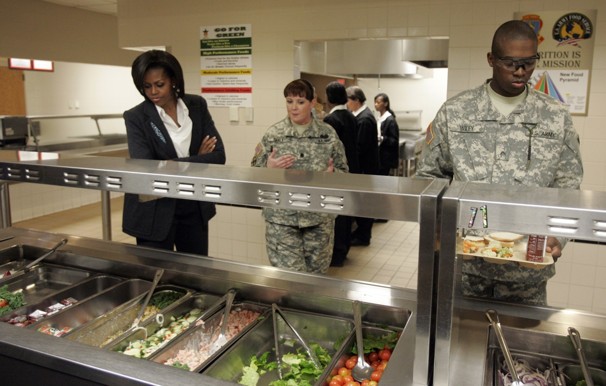 You can’t call them “Mess Halls” any longer, but the term may be making a comeback, since the Army has...

Every day that passes, we learn more about the people who direct the Republican Party, and every day, we get...