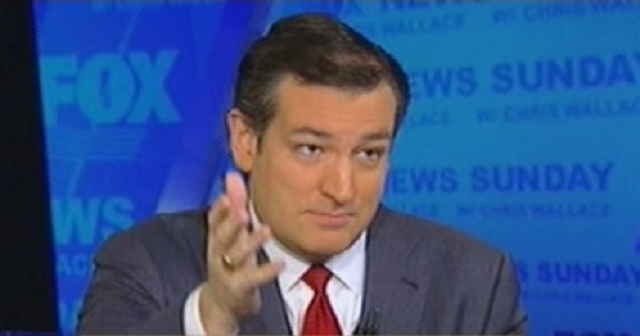 There’s something a bit more than preposterous about the premise of the NY Times Op-Ed suggesting that for the good of the party, Republicans leaders should ignore Ted Cruz and other conservatives in their caucuses because in that publication’s view, they’re too rigid and inflexible, and they have all the lies in the world ready to prove it. Given that this is published in the NY Times, conservatives will likely conclude as they should that the paper probably doesn’t exactly have the best interests of the Republican Party at heart, their contrived concern aside. Of course, it’s one thing to offer an opinion, but it’s a damnable shame to validate one’s opinion with lies and half-truths, but once again, the NY Times has little else to offer its readers. Remembering that this is the outfit that hid the holocaust, and covered for Joe Stalin and Fidel Castro(h/t MarkLevinShow,) it’s really not surprising to see the paper resort to this tactic. The Gray Lady sees no black or white, and holds in contempt all who do.  The paper’s motive is transparent: Marginalize conservatives in the Republican Party.

Their screed against Cruz is fundamentally wrong, in large measure because it’s based on a number of lies and distortions:

“Unlike 85 percent of the Republicans in the Senate, he would have voted against the fiscal cliff deal. He says gun control is unconstitutional. Breaking even with conservative business leaders, he would have no qualms about using the debt ceiling as a hostage because he believes (falsely) that it would produce only a partial government shutdown and not default.”

I realize it is the contention of the Times editors that gun control is constitutional, but the simple fact of the matter is that the Second Amendment protects the right of citizens to keep and bear arms just as the First Amendment protects the right of the NY Times to publish lies presented as fact.  The Op-Ed relates that Ted Cruz is willing to use the debt ceiling in order to force cuts in Federal spending, but the conclusion(a.k.a. propaganda) is that he believes a falsehood about the results of such an action. This contention is a lie.  The government of the United States takes in roughly $220-230 billion in revenues each month, and from that amount, paying the interest on the debt, paying for Social Security and Medicare, as well as paying our military can be accomplished.

What is not easily accomplished under such a scenario is to continue funding the endless string of other government programs and departments, some of which are simply bureaucratic fluff, but many of which comprise things like corporate welfare and crony capitalism, along with outrageous spending on items of dubious necessity to the operation of our government.  In short, the Times is lying.  Default is only a necessary result of a Debt Ceiling freeze if the President is unwilling to comply with his duty to pay the debts of the United States and thereby intentionally throw the country into chaos.  This is the truth the NY Times does not want you to know.  We should be so lucky as to have a Congress willing to put a stop to the out-of-control spending.  The Times wants the President to retain the propaganda tool of claiming that a Debt Ceiling impasse would lead to disaster.  It’s simply not the case.

Not satisfied with the growing influence of conservatives with a Tea Party flavor, the Times continued its farcical rant against Cruz:

“Considering the damage that this kind of thinking did to the country and the Republican Party over the last two years — a downgraded credit rating, legislative standoffs, popular anger, a loss of Republican seats — it might seem obvious that the party should marginalize lawmakers like Mr. Cruz. Instead, they continue to gain power and support. Party leaders named Mr. Cruz vice chairman of the National Republican Senatorial Committee”

Does the NY Times really expect readers to believe that Republicans had been to blame for the credit downgrade?  The only degree to which the GOP may be blamed is that in the final analysis, they compromised with President Obama, giving in and accepting a spending binge that caused credit rating services to downgrade the nation’s credit-worthiness, and before it’s over, will prompt more credit rating agencies to push the rating down. The popular anger in the country isn’t directed at Cruz, or other conservatives, unless “popular anger” is an expression used to describe the sentiment among the board of editors at the NY Times.  A winning presidential candidate is always expected to pick up seats for his party, thus the long-established political term we call “coat-tails,” just as it is long-held political convention to expect a President to lose seats in an off-year election, much like 2010.

The fact of the matter is that the NY Times is taking a shot at Ted Cruz because in his early popularity, they see the potential for damage to their left-wing agenda.  They want the Republicans to compromise with the President, but if truth be told, they’d rather there were no Republicans.  This is why they continue their campaign to marginalize conservatives, and it’s also why they apparently feel compelled to carry off an unconvincing pretense of concern for the Republican Party.  The Times isn’t interested in making the Republican Party a viable political force, but they know Republican leaders in Washington read their paper, actually believing some of the paper’s hogwash. Let’s concede that when it comes to propaganda that influences policy, the NY Times is an undeniable leader, but that doesn’t mean we must accept it as a permanent condition.  Their claim that Cruz is too rigid is simply another way of saying that he intends to keep his word to voters in Texas, where standing on principle isn’t an entirely foreign concept.

Obama Supporters All About the Freebies

Governor Palin appeared on Fox and Friends on Wednesday morning to discuss a variety of issues, including the Republican nominating...