Change: We “Need” – Governed By Necessity

One of the most abused and over-used words in the English language is “need.” In all its forms, including “necessity” and “necessary,” there lurks a cruel despot willing to plunder, murder, and enslave any person at any time for almost any imaginable reason. “Need” in all its forms has been the excuse of tyrants throughout history.  It is used to seize those things that the needy want or wish, but cannot or will not themselves provide.  Once America accepted the cult of “need” as a driving rationale for government, it was inevitable that we would see the demise of our nation.  Now we have a President who has elevated the claim of “need” to supersede the assertion of rights.  Ours has become a nation of needs. Let me be clear to all those who use “need” as a bludgeon against your fellow man: You’re monsters, and your self-serving claims of “necessity” will not be forgotten, or forgiven.  “Need” is not a legitimate claim to anything, and until Americans understand this, there will be no chance to restore ours to a nation of rights.

I “need” a million dollars, or so I might claim. You might ask me for what purpose, but if I can’t tell you, or if the purpose is unsatisfactory in your estimation, it won’t matter at all so long as I can get some body of politicians to agree.  The framers of the constitution left in a number of loopholes through which despotism could slither, gaining direct access to our liberties in order to strangle them, one by one.  Your property?  It’s not yours if the government or some favored concern decides it “needs” your land, your chattel, or your money.  The political process now exists solely to rationalize and legitimize some person’s concept of “need” so that once codified in the laws of the land, it will become an unchallenged, irreversible claim for all times upon all persons residing within the nation.

One might claim a “need to eat.”  Everybody needs to eat, right?  Nevertheless, my “need to eat” doesn’t entitle me to walk next door to my neighbor and threaten him with bodily violence unless he feeds me.  His right to his property trumps my alleged need. It doesn’t matter whether I’m a starving bag of bones or a gargantuan tub of lard.  In any civilized society, where the rights of property are observed, a person making such a claim at gunpoint would be considered a criminal and prosecuted as such.  Why then do we permit a third party that profits from the robbery to carry it out without respect to property rights?  The government takes from your wallet, and places it in the empty wallets of others while taking a cut for its administrative troubles, all based on the generalized claim of need: “Everybody needs to eat.”

One might claim a “need to medical care.”  Here, the robbery goes farther and deeper, because the monetary costs of this “need” are not the only thing being redistributed.  Doctors and nurses have their pay capped under such a paradigm because the government claims the bargaining power of aggregated millions.  It can set the price for medical services at any level it likes, and the only choice those who are professionals in the field may do is to simply refuse to participate.  Worse, because government sits atop the heap in judgment of who is most needy or most “deserving” of the redistributed loot, government becomes the arbiter of who will live or die.  Death panels are not imaginary, but are instead a fact of life in a system that is permitted to pay for necessities while determining what those necessities may be.

Let me be perfectly blunt in explaining my position: Your need for a thing, whether goods or services, is not a legitimate claim upon my wallet.  Redirecting your need through a third party charged with meeting your needs at the expense of my bank account is no less evil.  One can claim anything as a need, but spreading the burden of such needs around doesn’t diminish the moral failure, but as Rand famously wrote, merely “multiplies the number of victims.” Rather than taking your whole monthly grocery bill from a single neighbor, you take some tiny fraction of a penny from millions of neighbors, with government at the enforcement arm of your protection racket.  Every person compelled by law to pay for your meal, your education, your medical care, your housing, your “Obama-phone,” or your utilities is right to view you and every person like you as a collection of mobsters, while seeing  government as the enforcers of a vast organized-crime syndicate made up of thugs.

Naturally, the concept of “need” isn’t restricted to individuals or classes of individuals. In 2008, when George W. Bush began the bail-outs that Barack Obama finished, it was all on the basis of a claim to need by vast corporate entities that had become “too big [to permit] to fail.” When Obama bailed out Chrysler and GM, again the claim was that the “need” had been great, and that we would trump the rights of millions of Americans to their wealth for the sake of a “need” by large corporations and trade unions.  The claim of necessity has ever been the tool of thugs and tyrants, and it has always served their interests first, and foremost.  At each instance, the claim of a critical need has been the driving force behind the actions, but it seems too few are willing to demand in response: “Need? By what right?”

It is easy to claim a need. Every person “needs” something.  The question must be: “By what right does one’s need confer a positive obligation upon others to fulfill it?” Unless and until the American people come to see “needs” as “high priority wishes,” the country will continue the moral cannibalism we now practice until such time as it devolves into the literal form.  This will require Americans to ask themselves some extremely consequential and deeply introspective questions about their own behaviors, and if there’s one thing our nation lacks, it is the will among its citizens to strictly critique themselves.  As Americans, our response to any claim of “need” by any person great or small should be met with a question: “By what right do you impose your needs as a claim upon others?”

Ours can be a nation of needs or rights, but it may not long suffer while attempting to be both.

One thought on “Change: We “Need” – Governed By Necessity”

It’s a sad statement on the direction education has gone in this country.  It’s also the reason the schools don’t...

When Did Rove become an authority on conservatism? Or anything else?... 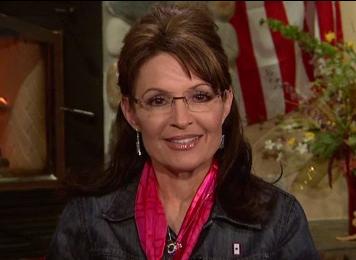 Sarah Palin: I Voted for Newt

On Super Tuesday, Fox News talked to former Alaska Governor Sarah Palin.  She was asked who she voted for in...