On Sunday morning, and again Monday evening, I sent out a couple of tweets, including one aimed at President Trump, among others, suggesting that the old traditional policy of shooting rioters and looters on sight be adopted. Twitter suspended my account some time overnight on Monday because, they claimed, I was advocating harm to some specific person or persons. This is naturally absurd. By the standard they have applied, I cannot advocate for a whole class of murderers, for instance, to receive capital punishment. Some might even argue that being jailed is harm in and of itself.  Therefore, one mustn’t go on Twitter and advocate for incarceration.  Of course, the preposterous part of all of this is that I wasn’t talking about specific persons. I was addressing an entire class of persons known as “rioters” and “looters.” I’m not aware of any way by which Twitter’s prohibition against wishing harm on others is violated. All of this leads me to believe that Twitter’s management and corporate culture is one of extreme political bias. Instead of confronting actual hate, in pursuit of real threats and incitements to violence the likes of which they’ve been tolerating through the last week as rioters and looters use their platform to coordinate attacks, Twitter has thrown in with the devil, and has become a hate group.

Here are the “offending” tweets:

You might disagree with my sentiment here, but I think we need to ask if this is really covered by Twitter’s policy, as described here:

Wishing, hoping or calling for serious harm on a person or group of people
We prohibit content that wishes, hopes, promotes, or expresses a desire for death, serious and lasting bodily harm, or serious disease against an entire protected category and/or individuals who may be members of that category. This includes, but is not limited to:

Obviously, the first two aren’t covered. They’re undoubtedly hanging their hat on the third, but let’s examine that: “Protesters.”

You’ll note that I very carefully specify “rioters” and “looters.” Both of those are criminals. Protesters ARE NOT. The behavior for which I’m seeking a potentially lethal remedy is already criminal conduct. In most states, defending one’s person and property from rioters is already eligible for lethal force. If rioters and looters find themselves committing crimes and mayhem on my property, they will undoubtedly be confronted with lethal force. Lots and lots of it.

How about this one: “Child molesters and rapists should be sentenced to death.”

Or for that matter, what about: “Murderers with Special Circumstances in Texas should receive the death penalty?”

If this last one doesn’t pass muster, we’d better call Greg Abbott and Bill Paxton to let them know that the Lone Star State had better never tweet about its capital punishment statutes. We wouldn’t want the State of Texas being placed in Twitter Jail.

What I’ve noticed is that Twitter is very one-sided. They have no problem with the monstrous advocacy of abortion all over their platform. The generally have no problem when the leftist throngs descend upon Twitter en masse to wish death and mayhem on conservatives, and seldom does a complaint result in real action against a leftist. There have been many instances of real threats, even aimed at the President, which most often go unnoticed(or at least without action) by Twitter. Meanwhile, if you’re a law-abiding American who happens to believe that only the severest possible penalties will act as an effective brake on the lawlessness to which we’ve been witness for more than a week, you’re the bad person, and Twitter will give no quarter.

I firmly believe that when the rule of law is itself under direct attack, when government at all levels is facing a naked insurrection that threatens the lives and properties of its citizens, government ought to rise to their defense with all the same tools to which the citizenry is entitled, and that means lethal force.

I guarantee you that if the rioters and looters breech the White House grounds, you’re going to see lethal force employed by the Secret Service. It will be ugly. The president of the United States is entitled to a full defense of his life and of his residence, no matter who the president may be at the moment, whether we collectively like him or hate her. We, the people of the United States, are no less deserving of that level of defense, and it is in fact the whole purpose for the existence of all legitimate government.

I don’t care what @Jack Dorsey of Twitter says about it. I don’t care what the leftist enforcers on Twitter say about it. There’s nothing wrong with advocating policies that would “cause harm” to people who are causing harm. What all of this evinces is the crass political bias that social media platforms impose on users, and too frequently, it’s all one direction. I am not in support of making threats against individuals, but I’ll also point out that my advocacy has never been about individuals, or even broad classes of people defined by anything other than behavior, i.e., lawlessness and criminal conduct. If we can no longer advocate on behalf of law and order on Twitter, then why does Twitter have rules for conduct? After all, they stress that their rules of the road are meant to prevent the platform from descending into chaos. I have no problem with that, but what is their remedy? Ultimately, you can be sentenced to Twitter-death, which means to be kicked off the platform entirely, your accounts closed and your access denied.  Twitter seems not to have a problem with a virtual death penalty on their own platform, but it’s also obvious that they tend to issue that severest of penalties primarily to conservatives. What does Twitter hate? Conservatives. What does Twitter hate? Republicans.  What does Twitter hate? Law and order.

I’ve created an account on Parler.com in order to begin moving away from Twitter. As more conservatives find themselves banned and suspended, I hope the migration will continue in earnest and that new platform will grow. It’s the only way to overcome Twitter’s hate.

HotAir is reporting that Mitt Romney may bow out of any further debates.  After Monday night’s performance, I can’t say...

How to discredit your own cause...... 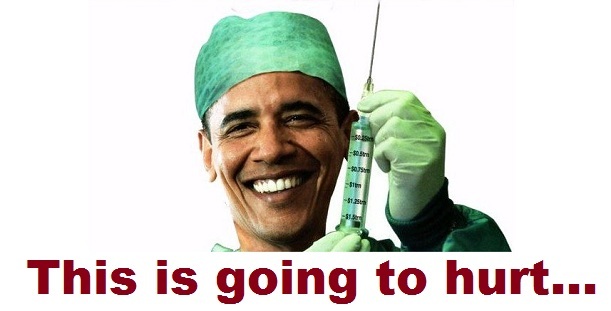